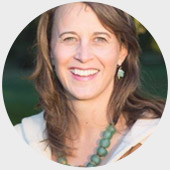 A Sustainable Cities event hosted at the British Embassy, Berlin, was moderated by Xenia zu Hohenlohe, Considerate Hoteliers Partner/Marketing Director. The high-level round table, comprised stakeholders from both the UK and Germany from institutions such as the LSE, Imperial College London, the Greater London Authority, as well as international companies such as Siemens, BMW and Bosch. he key questions raised in these discussions will be more comprehensively addressed in June 2017 at the Langenburg Forum, to which former Head of UN Kofi Annan is key note speaker

For the first time in history, more than half of the world’s population, currently about 55%, live in urban areas. Lagos, Mexico City and Los Angeles are only some of the biggest and most famous megalopolis of our time. But the trend towards urbanisation is not only a phenomena of other regions in the world, London and Berlin are only tow examples of growing cities in Europe with all the advantages such as economic prosperity or an inspiring cultural life. they also bring problems such as air pollution, traffic jams and displacement caused by gentrification.

KEY FACTS
• Globally, some 60 per cent of the area expected to be urban by 2030 will be built
• Investment of an estimated $3.7trl is needed for the infrastructure of this expansion
• 20% of the GHG’s comes from our cities
• Currently, 70% of the world’s GDP is produced in cities
• It is predicted that in the next 40 years we will double the number of cities, globally

Since the launch of the UN’s SDG’s, with Sustainable Cities and Urban Development as SDG 11, Megacities are one of the major issues our world community will have to address. The UN however does not categorise cities as a risk but as an opportunity.

By continuing to view this site, you are agreeing to the use of cookies, whose purpose it is to provide web analytics and measurements of visitor traffic and browsing behaviour, both on this website and other media. To learn more, see our Privacy Policy. Got it!Privacy policy